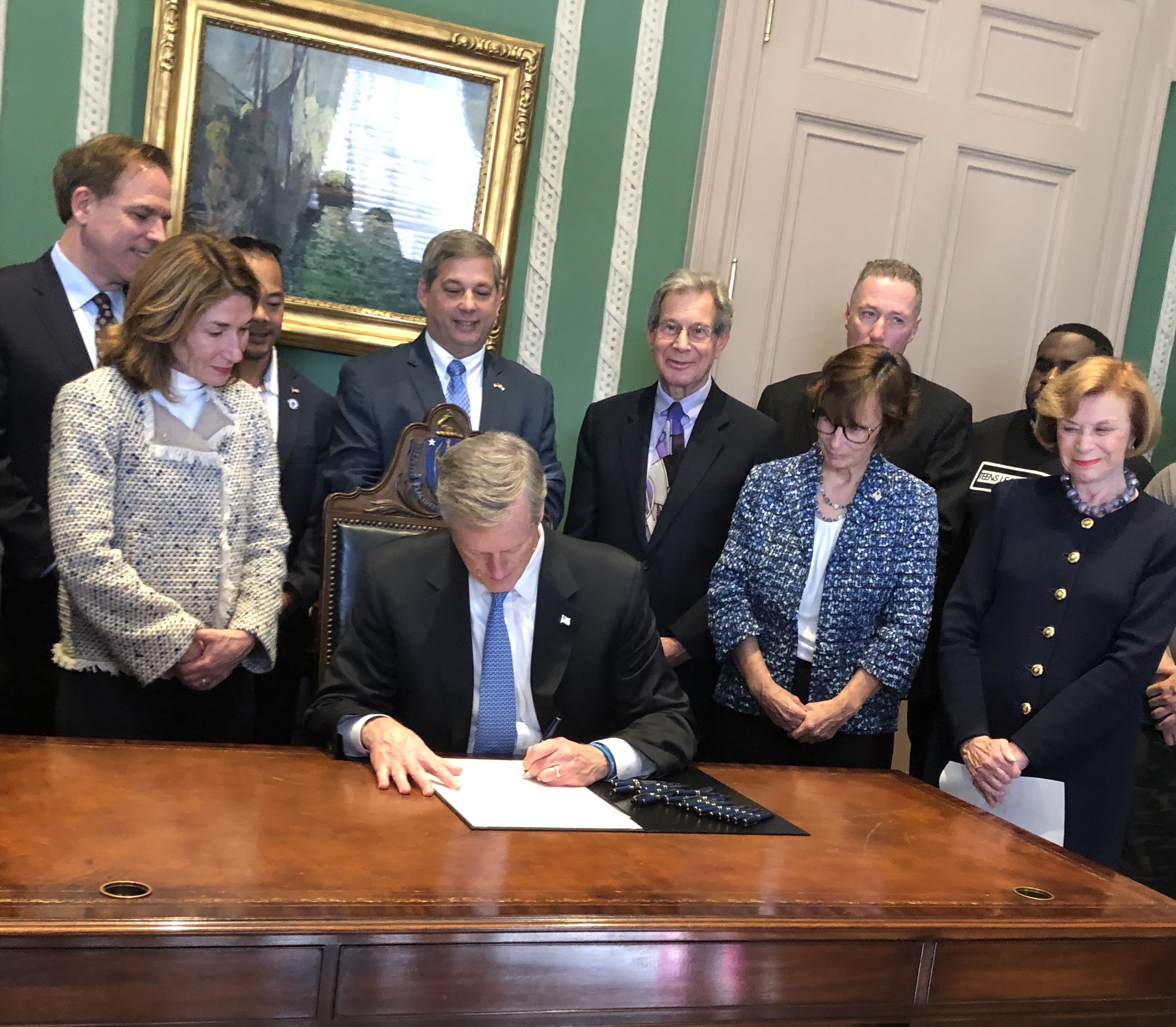 A press release from the the Massachusetts Civic Learning Coalition (of which I’m a member):

The Coalition applauds Governor Charlie Baker for signing into law bill S.2631, giving Massachusetts one of the nation’s most innovative statewide civic education programs. The new law, which Gov. Baker signed today, provides for funding for the professional development of teachers to teach civics effectively, the opportunity for students to participate in civics-based projects, and establishes civic education as a priority for school districts across the state.

The Massachusetts Civic Learning Coalition (MCLC) thanks the State Senate, the House of Representatives and the Governor for their leadership in this legislation. This will help ensure that students across the Commonwealth will have access to a civic education curriculum that teaches them the rights and responsibilities of citizenship, fundamental knowledge about government, such as the functions of each branch and the electoral process, as well as key 21st century skills such as media literacy.

We commend the Legislature and the Governor for giving teachers the support they need to implement and teach the curriculum and facilitate civics projects to prepare students for thoughtful and informed participation in civic life. Specifically, MCLC appreciates the commitment to securing robust funding to implement the bill, including the provision of funds for teacher professional development through the Mass Civics Trust Fund.

“With the enactment of this law, Massachusetts has leapt to the forefront of civics education, joining states such as Florida and Illinois to take an innovative — and necessary — step to ensure that every young person in the state is prepared and engaged in civic life,” iCivics Executive Director Louise Dubé said. “This is a critically important law, passed at a critically  important moment for our state and our country.”

Arielle Jennings, Generation Citizen’s Massachusetts Executive Director said, “Young people often have a hard time seeing the political process as relevant to them and are disengaged from it as a result. This law will help strengthen our democracy by educating a new generation of active citizens.”

The Massachusetts Civic Learning Coalition is a roundtable of twenty civics education organizations, research institutions, school districts, and stakeholders committed to improving the quality and implementation of K-12 civic education for students across the state. Members of the coalition include: The John F. Kennedy Presidential Library Foundation, Generation Citizen Massachusetts, iCivics, and other organizations committed to civic education reform.