(Washington, DC) After the Census Current Population Survey November Supplement data became available this week, we calculated final estimates of young people’s voting in the 2012 election. Please see this new fact sheet for detailed results. In short, the story has changed from what we believed immediately after the election. Using the best available data, we then said that youth turnout had reached the same level as in 2008–somewhat surprisingly. The CPS data suggests that there was actually a decline. This CIRCLE blog post explains the methodology. 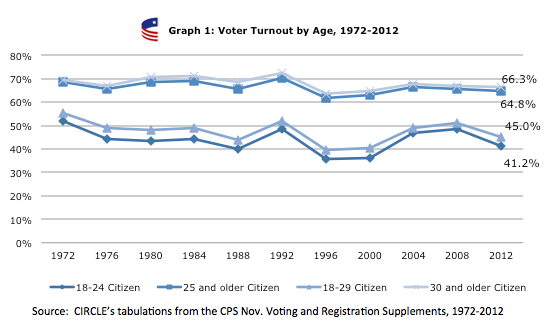