We’ve been meeting intensively this week with teens from Prince George’s County, MD. We’ve had 14 hours of class since Tuesday afternoon. All our students happen to be African-American, but they are extremely diverse (as I would have expected). Consider these statements that two of them wrote yesterday:

1. I am a young black African American male I attend — High School although it is not the best school in the world It still ofers some what of a education. Right now at this point in my life I am trying to get back on the right track study more and stop hanging out with the friends I have that I know won’t go anywhere in life based on there action. I am also trying to do better next year than I did this one so when the time comes I can go to college.

2. Hello! My name is Marcus [pseudonym]. I am officially a freshman at — High School … . I love to play sports. I joined this program because I was interested in the summary I was given. In my spare time I like to play video games, read, play sports and watch movies. When I grow up I would hope to be a physician. In conclusion, you can see I am just an average teen that would like to make a difference against modern day issues that face young people such as graduation rates, cleanliness of schools, bullying, education, Racism, and the increasing rate of lunch prices. Well, I’m done now, and remember, 1 person can make a difference.

Marcus’s father is a graduate of University of Maryland. Note his confidence, his good writing, his general optimism and outwardness. His classmate (quoted first) is much less confident and much more challenged. His brother was murdered, and he’s had other trials.

I walked around campus with both of these young men. I’m sure that Marcus was intrigued by the place and felt pretty much at home there. I hope that his classmate, who was much quieter on our tour, could see some realistic connection to the University and didn’t find it overwhelming or alienating. 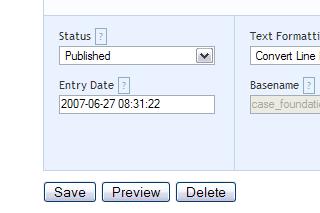 When you write a blog post with the software I use (MovableType), and you’re ready to put it on your site, you click “publish.” That little operation is one of the reasons I love to blog. It contrasts so sharply with what “publishing” means in my professional life: looking for appropriate journals, mailing them cover letters and draft articles, waiting months for replies, reading anonymous peer reviews, revising, resubmitting, correcting proofs, waiting. Obviously, peer review provides huge benefits, and I still focus most of my energy on traditional publishing. But it can be a huge relief and a great release to publish by clicking.

In a first, a major foundation is offering the public a direct role in deciding who should receive some of its money, a process typically shrouded in mystery. … The foundation is asking individuals and small local nonprofit groups to send ideas for improving their communities. A group of judges will select 100 of the submissions received by Aug. 8 and ask for a more formal proposal. … Another panel of judges will then select 20 finalists, who will receive $10,000 each. And in November, the public can vote on those proposals, and the four that receive the most votes will get an additional $25,000.

Strom was most interested in the process, which is innovative. But the substance of the grant competition is equally important. Case is looking for “citizen-centered” work, as defined in a key paper by Cindy Gibson. Citizen-centered projects start with broad-based, open-ended deliberations about what should be done. People are not mobilized or persuaded to do what leaders or experts think. Citizen-centered projects go beyond deliberation and discussion to include direct action, from which people learn and then improve their discussions.

Cindy Gibson also has a new blog, Citizen Post, “the one-stop place for all things citizen-centered–the way democracy should be.” Although it officially launches this week, it already has a series of thoughtful posts.

I’m not the only member of my family to have published, during the month of June 2007, a book with “democracy” in the title. My sister, Caroline Levine, is the author of the new book Provoking Democracy. Caroline uses court cases and controversies from the 20th century to illuminate the value of art for democracy–and vice-versa. Her book is full of stories that are amusing, suspenseful, and moving. Here is an excerpt that gives a sense of her overall argument:

Democratic forms of government are typically better at tolerating discord and dissension than other political models; but it has become a commonplace to argue that art for democratic public spaces should reflect current majority tastes and values. The controversies described in this chapter point to a different solution: art that is taken as a reflection of “the people” here and now is partial and inadequate, since democratic collectives are always and necessarily self-divided, productive of difference and capable of transformation. The avant-garde is better than any referendum at capturing a changing and dissonant understanding of “the people.”

In January of 2005, I wrote a post about “an AARP for youth”–a national organization that would lobby for young people’s interests, as a counterpart to the powerful American Association of Retired People. Lately, two different people have asked me about this idea, which is being actively considered. I still think the concept is worth consideration.