Please feel welcome to type comments below. (I reserve the right to moderate at will.)

I also welcome comments posted on the Interactive Fiction Database. Here are excerpts from some posted so far:

“I faced the hardest decision I’ve had to make in a choice-based game in this story. At multiple points, you can break your concentration and return to focusing on the stake, the rising fire. I didn’t do that. I stayed in the protagonist’s head (or maybe the protagonists’ heads). And finally I reached a point where I had been reading for hours, for days, while the stake was still burning, and the game confronted me: what was I accomplishing by living in my memories? Shouldn’t I focus on the fire, what’s actually happening?

“I didn’t know what to do. After playing for so long, I really felt as though I was avoiding the story’s reality. I had stretched out my time on the stake in real time by reading the text. It was absurd. I should’ve been burnt to a crisp. Here was the story’s most glaring anachronism, and I was the anachronist enabling it.

“What I chose to do next doesn’t matter as much as the fact that the game created this situation in the first place. This isn’t a story whose strength rests on making the ‘right’ choices. Its strength comes from how its themes are reflected in the reader’s own experience, which can only happen because it’s interactive.

“In this sense, it’s some of the strongest interactive work I’ve seen. I was tempted to give it five stars for the concept alone.”

2. “The Anachronist demands quite a bit of the reader. Long passages require patience, and one must be prepared to treat this more as a book than a game. Not recommended to play in one sitting. However, Levine is a skilled and knowledgeable writer, and the experience is rewarding.”

3. “The amount of time and effort that must have gone into this is staggering. Although this is considerably more involved than what I typically look for, I feel I must give credit where credit is due for the good of others who might come across this review. This is a great story stemming from a possibly even greater concept, and a good choice for those who don’t mind taking breaks and coming back for more.” 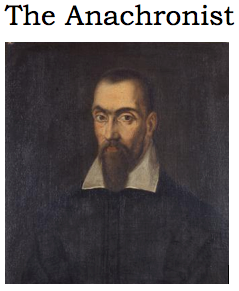