I am stuck after nearly a week’s travel because the hurricane has canceled my flights homeward. But Cincinnati is a handsome and impressive place in which to be stranded. I am staying in the Netherland Plaza, an Art Deco extravaganza. It was built immediately after the stock market crash of ’29 with money that had been withdrawn from the market in the nick of time and could purchase vast quantities of cheap, skilled labor and exotic materials. The building was meant to be futuristic, with a garage that automatically parked your car and strange light fixtures that  glowed with decorative, transparent slides. (“Approach, earthlings. I am the one-eyed king of our planet.”) 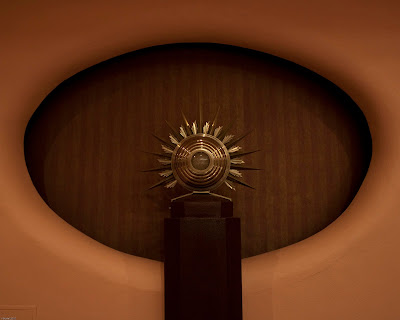 Near the hotel is the mighty Ohio River, which made Cincinnati into America’s first important inland city in the 1800s, before railroads competed with rivers and westward expansion gave rise to new population centers well beyond the Ohio Valley. Cincinnati’s early development gave it an unusual base of important old buildings and institutions. For example, I enjoyed exploring the Mount Auburn neighborhood, a yuppie district perched castle-like on a high hill and almost surrounded by moat-like interstate highways. Quiet on a Sunday afternoon, Mount Auburn reminded me of side-streets in San Francisco.