The headline finding is that Americans value democratic norms–regardless of party–and they worry that those norms are weakening. Almost exactly the same proportion of Democrats and Republicans (63% and 65%) say that it is “absolutely important” to live in a democracy.

But only one in three young adults think it’s “very important” to live in a democracy. The perceived importance of living in a democracy rises steadily and steeply by age. This trend could be generational, in which case democracy is in trouble as we face a century dominated by people who aren’t committed to democracy. Or it could be a life-cycle effect: perhaps people gradually develop more commitment as they grow older. 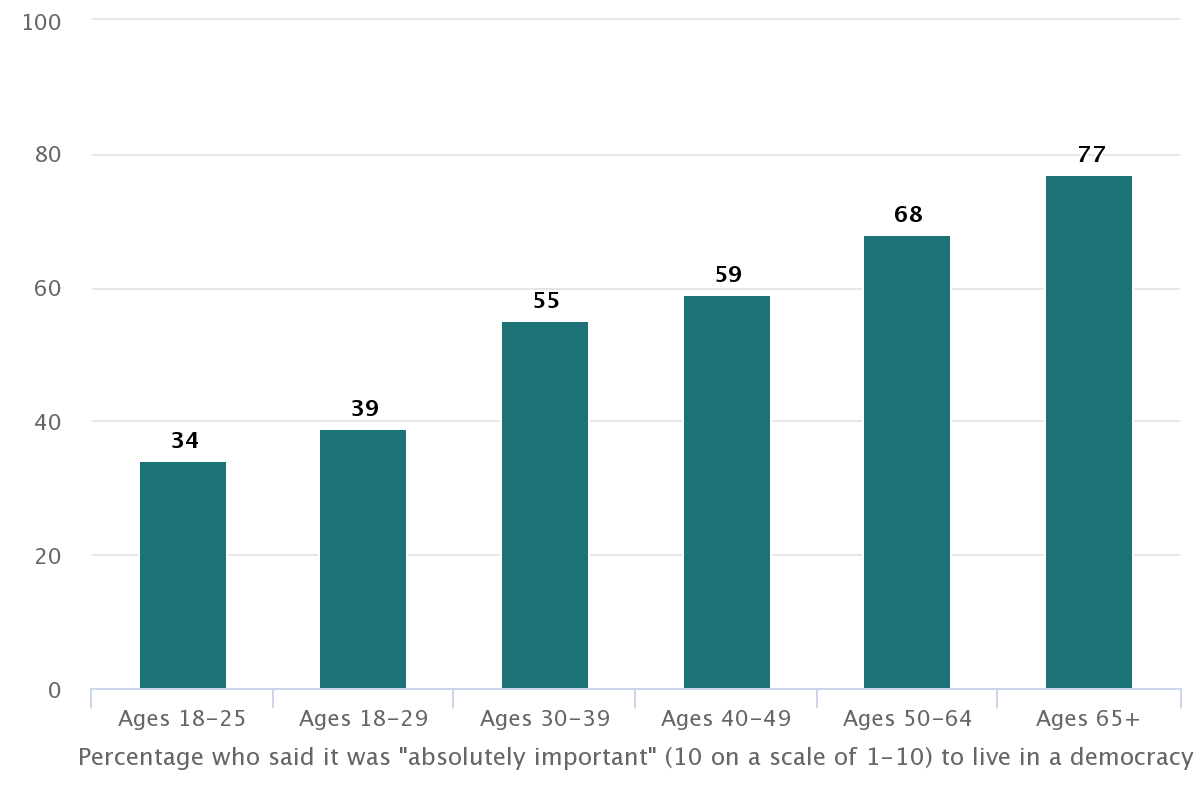 This graph is an argument for better civics. Almost 90 percent of poll respondents want to “ensure that schools make civic education a bigger part of the curriculum.”

Respondents were asked what is wrong with our democracy today. Youth are much more likely that other groups to point to racism and discrimination. They are somewhat less likely to condemn unreliable media and partisan news. Hardly any youth are concerned about a “breakdown in traditional American values.” But partisan news and a breakdown of traditional values are the two most serious problems according to Republicans. 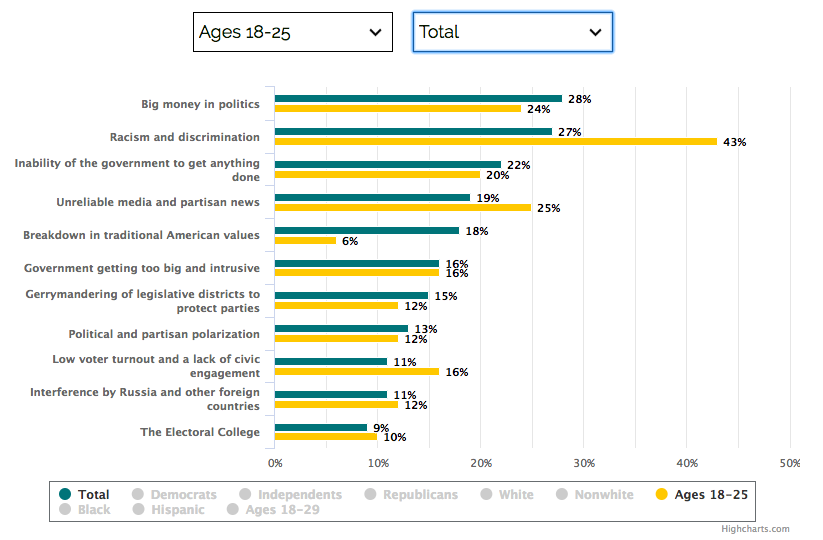