Here are some tidbits from CIRCLE’s analysis of its Millennial youth survey, the second wave of which was conducted in January. A substantial proportion of all Millennials believe that “political correctness” prevents people from saying things that are true, but that opinion is much more common among young people who voted for Trump. Three quarters of pro-Trump Millennials (who were 37% of all the youth who voted) want to protect traditional American values against influences from the outside, compared to one in four of those who voted for Clinton. Clinton voters are much more likely to be ready to participate in demonstrations and protests, and seriously lack confidence in US democracy. Much more at the link. 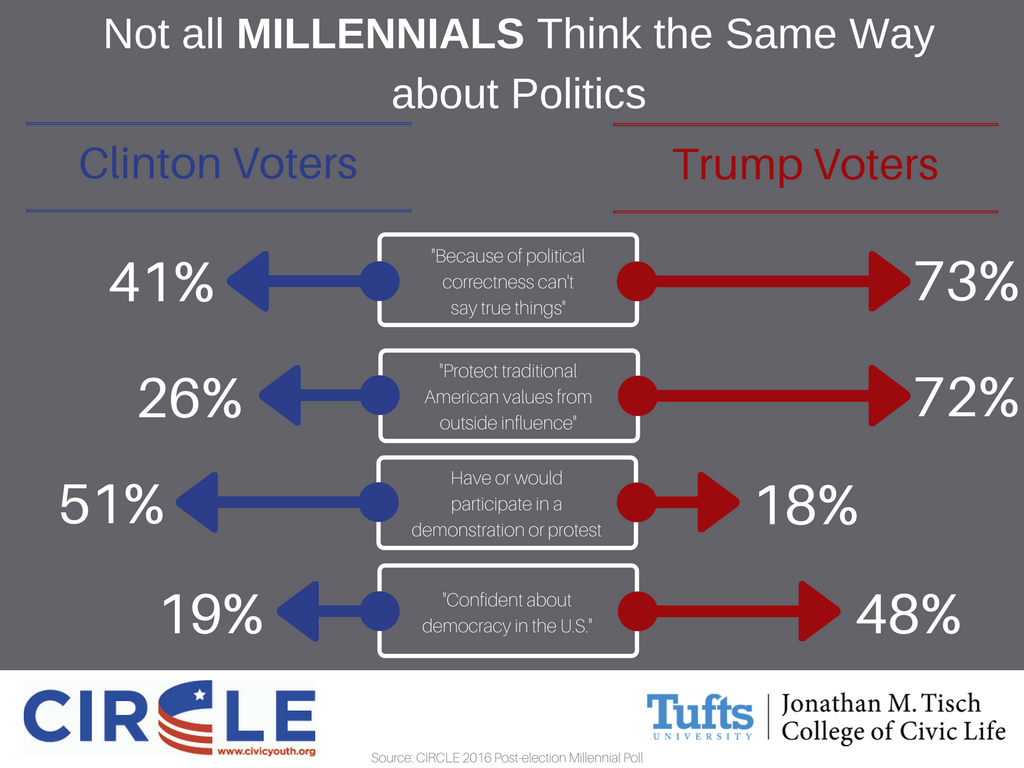