Follow CIRCLE for all the news on young people in the primaries and caucuses. The team reports that about 25% of West Virginia’s young people voted, many for Senator Bernie Sanders. The state’s turnout rate surpassed that of Iowa (11%), Florida (17%), and Virginia (18%), even though the race was considered by many to be over before it reached West Virginia. Youth turnout was also 25% in Indiana, where a majority of young people voted on the GOP side. Trump won a plurality of Indiana’s young Republican voters, but only narrowly edged Sen. Cruz. Finally, this is the latest cumulative youth vote tally: 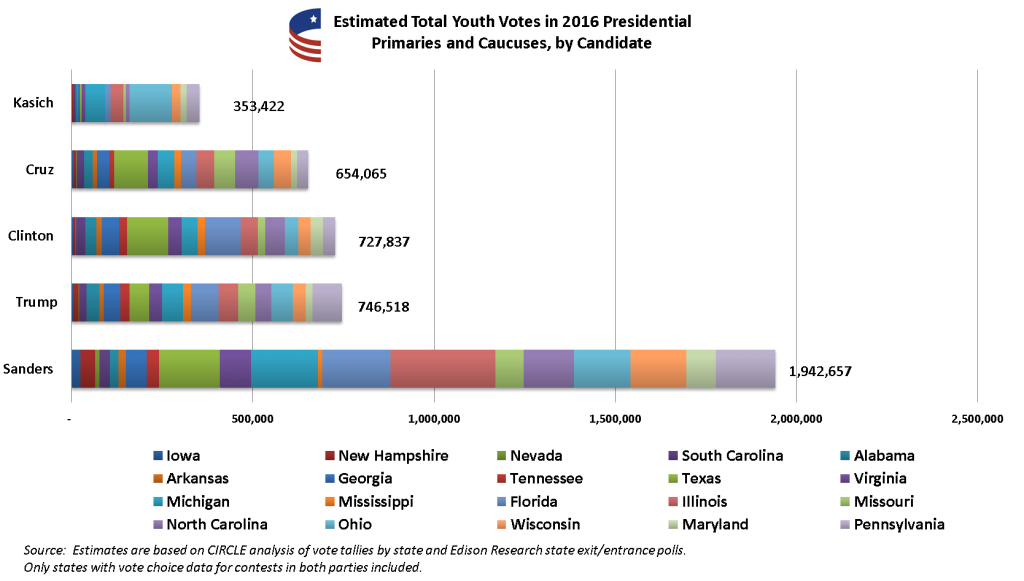 Sen. Sanders has drawn almost three times more youth votes than any other candidate. Donald Trump surpasses Hillary Clinton, even though youth remain his weakest constituency on the GOP side.