This graphic is the focus of Aaron Blake’s Washington Post article entitled “74-year-old Bernie Sanders’s remarkable dominance among young voters, in 1 chart.” As Blake writes, “Hillary Clinton and Donald Trump are well on their way to becoming their parties’ 2016 nominees for president. Among young voters, though, Bernie Sanders has more votes than both of them — combined.” The source is CIRCLE’s analysis released today. 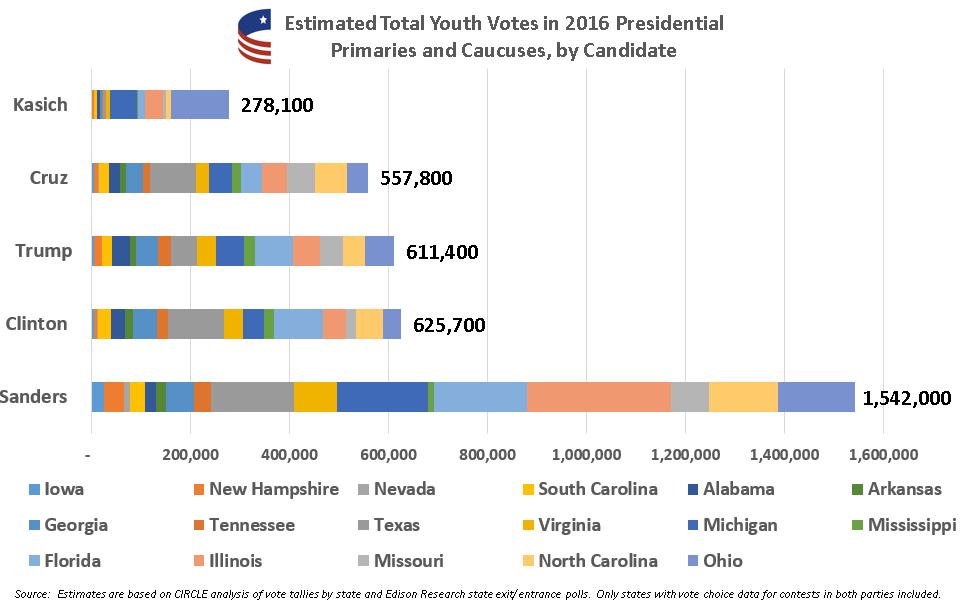