the library of Edward R. Murrow 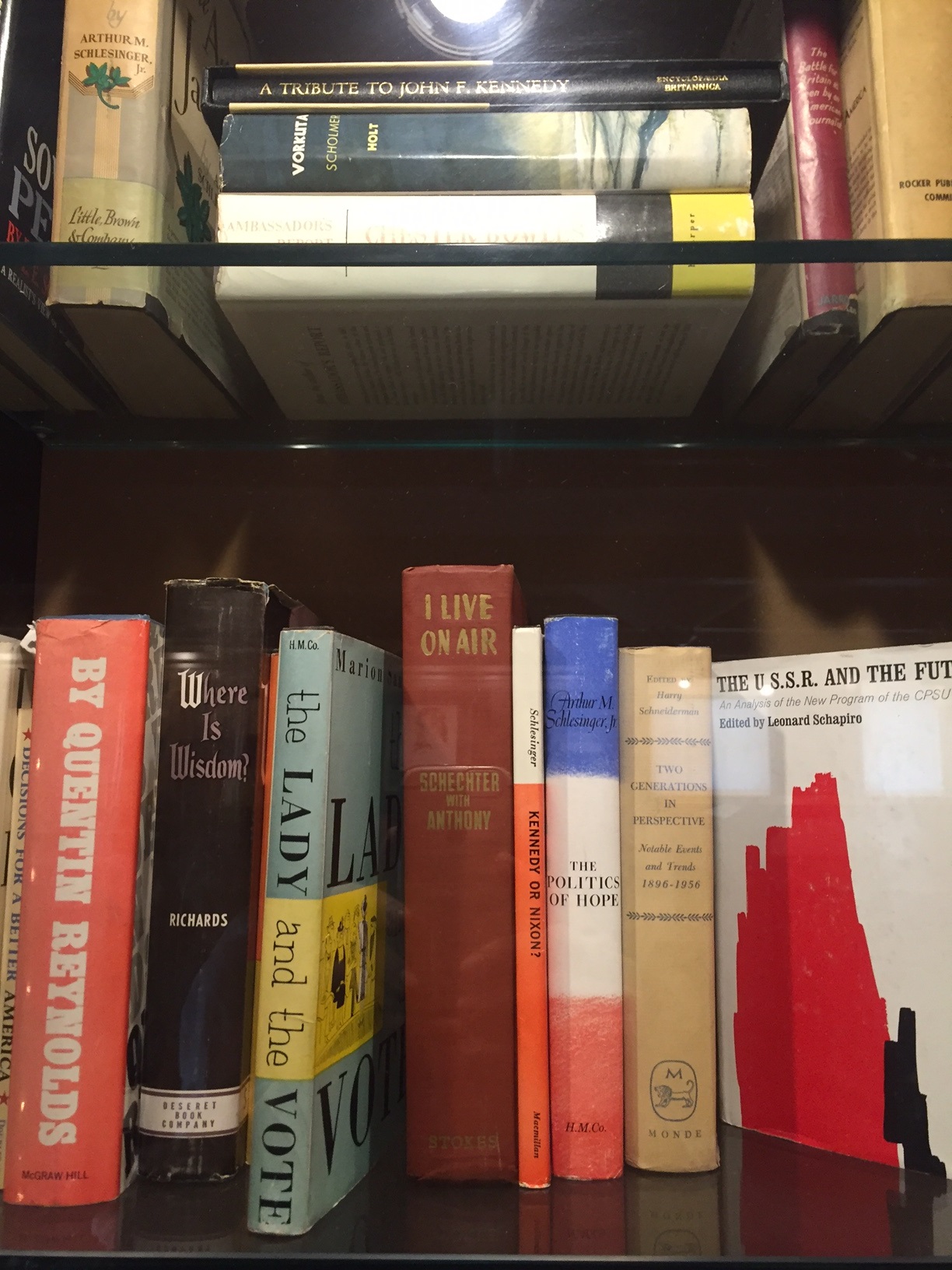 Last week I reported from the AFT building in Washington, where I’d attended a meeting in a room lined with the personal library of Albert Shanker, the late and very controversial leader of the teachers’ union. Earlier this week, I got to hear my excellent Tufts colleague Kelly Greenhill present on “The Security-Related Effects of Rumors” in a Tufts room that is furnished with the books of the late broadcast journalist Edward R. Murrow (1908–1965).

The arrangement of the two rooms is similar: the books fully surround a long wooden table, leaving just enough space for chairs.

Murrow was best known for his courageous WWII broadcasting and then his postwar opposition to Sen. McCarthy. He was perhaps a more consistently admirable person than Shanker, although opinions on that would vary. His books, however, were much more middle-brow. Shanker owned ponderous tomes of 20th century Continental philosophy. Murrow had more volumes like The Lady and the Vote (1956) by Marion K. Sanders. Then again, Sanders turns out to have been a crusading feminist journalist, a psychological warfare operative in WWII, an interviewer of Saul Alinksy, and a one-time congressional candidate. I’d guess that Murrow knew her professionally, which is reason enough to display her book and many like it.

Associate Dean for Research and the Lincoln Filene Professor of Citizenship and Public Affairs at Tufts University's Tisch College of Civic Life. Concerned about civic education, civic engagement, and democratic reform in the United States and elsewhere.
View all posts by Peter →
This entry was posted in Uncategorized. Bookmark the permalink.