In April, 2014, I had the pleasure of watching Boston teenagers begin a youth Participatory Budgeting process. The city has asked them to decide how to allocate $1 million of capital funds, engaging their peers in research, deliberation, and voting. I described my observations in “You can add us to equations but they never make us equal: participatory budgeting in Boston.”

Now their decisions have been announced. The projects they selected include extending the city’s bicycle share system and free WiFi to additional neighborhoods, installing water bottle refill stations, and renovating a high school gym. The photo below shows some of the kids with Boston Mayor Marty Walsh. More here. 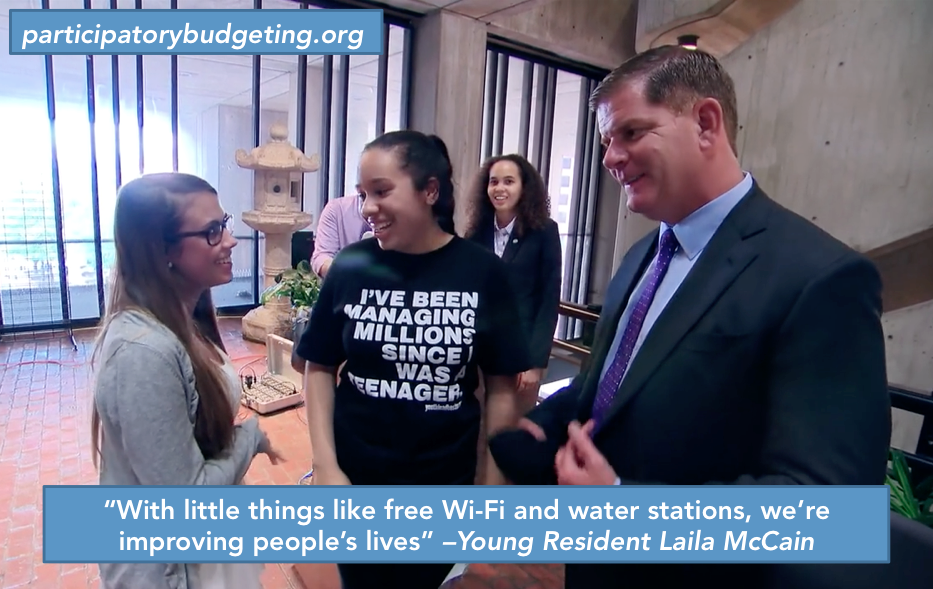