(Arlington, VA) After a day discussing Civic Science at the NSF, I am inclining to this conceptual model: 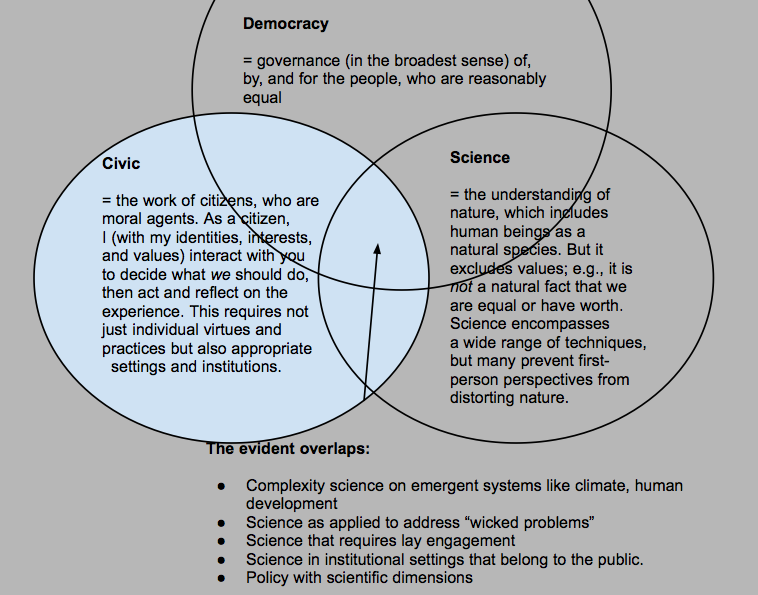 Note that none of these circles is conterminous with any other. I believe, for example, that one can be a good citizen in a context (such as a church) that is not and should not be democratic. I believe that some valuable science is not done in public or with the public, although it must be justified to the public if they are asked to pay for it. And I believe that there are worthy aspects of civic life that are not scientific. Nevertheless, the three circles overlap, and given our particularly dire problems–matters like the climate crisis–a democratic civic science must be expanded.

See also is all truth scientific truth? and is science republican (with a little r)?.