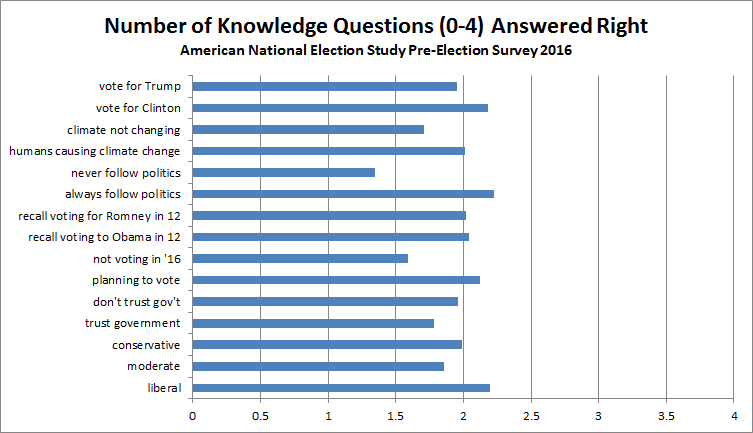 In lieu of an original post here today, I’ll link to a new post of mine on The Evidence Base, a group blog from CESR, the Center for Economic and Social Research at University of Southern California.  I argue that the decline of certain types of associations has left many Americans, especially White working-class citizens, in what my colleagues at the Tisch College of Civic Life and I call “Civic Deserts.” This trend does not explain why a Republican president won in 2016 or why he has taken certain views of policy and ideology. But it does explain the appeal of his leadership style. Citizens who have never belonged to everyday local associations with responsible and accountable leaders do not expect such leadership from their president.

I also explain my SPUD framework, which stands for Scale, Pluralism, Unity, and Depth. SPUD, I propose, is the recipe for effective civic and political organizations, but it is difficult to achieve and is much scarcer today than decades ago.

Yesterday, I got to hear Michael Tesler present about his forthcoming book with John Sides and Lynn Vavreck: Identity Crisis: The 2016 Presidential Campaign and the Battle for the Meaning of America. I don’t want to give away the content based on yesterday’s presentation; the book is due early next year. But promotional materials already say: “Identity Crisis reveals how Trump’s victory was foreshadowed by changes in the Democratic and Republican coalitions that were driven by people’s racial and ethnic identities. The campaign then reinforced and exacerbated those cleavages as it focused on issues related to race, immigration, and religion.”

The 2016 election can’t have a single cause, but this book adds weight to the thesis that White racial identity played a major role–more so in 2016 than at any point since 1968. Tesler made me think of an argument by Manuel Pastor, who has noted that White identity peaked in California when Whites saw their majority control nearing its end. In 1994, Californians passed Prop. 187 to block undocumented people from getting state services and to establish a “citizenship screening system.” Governor Pete Wilson made support for Prop. 187 his hallmark issue and used it to win reelection. Incumbent Democratic Senator Diane Feinstein tried to position herself as a critic of immigration as well.

California is no utopia today, but defensive White identity seems to have passed its peak there. I suspect that facing the prospect of losing majority status triggered a sense of threat. Once Whites actually became a minority in California, the sky didn’t fall, and the sense of threat passed. Whites retain their social and economic advantages despite representing just 48% of the votes cast in the 2016 election. I would contrast Texas, where a White-majority coalition still dominates the electorate but the demographic trends are against them. In 2016, 57% of Texas voters were still White (and they preferred Trump by 43 points), but they must know their electoral control won’t last.

It would be valuable to look in more detail at major cities where Whites lost majority control after 1970. Often, White racial identity peaked around the point when the first Black mayor was elected, which marked a threat to White control. The next mayor was sometimes propelled by White backlash, but then a racially diverse coalition came to dominate, and most Whites adjusted to it.

Earlier this year, Pastor told the New York Times, “The United States just went through its Prop. 187 moment.” That period in California was ugly and lasted a while. Pastor asked, “Why go through all of our pain? That was no fun, and it dashed a lot of people’s lives. We underinvested in education. We over-imprisoned, so we got a lot of people locked out of the labor market. We broke apart a lot of families because of anti-immigrant sentiments. We did a lot of stupid things to ourselves.” The good news is that if the country follows California’s trajectory, we will ultimately reach a better place, but we need to get there much faster and with less damage.

(San Antonio, TX) Any effort to understand the current political situation must take seriously the fact that we have been war since 2001. Although it’s problematic to assess wars as won or lost, that’s a hard framework to avoid; and in those terms, we’ve lost. Neither Afghanistan nor Iraq—let alone Libya or Syria—is in a state that any proponent of these wars would have remotely advocated before we invaded.

Nations typically respond poorly to the experience of losing wars. The post-9/11 conflicts have been somewhat unusual. Even though we failed in our objectives, the vast majority of the human price was borne by people who are remote from US voters in both space and culture—Iraqis and Afghans. We lost no territory and very few lives at home after 9/11. Meanwhile, a small proportion of US citizens have actually been deployed in those zones. Military personnel are far from representative of the US population. Instead, they are concentrated in certain communities and families. It’s easy for some of us to forget that we have been at war; impossible for those who have served in a war zone or have sent close relatives there.

I think that for many Americans, the experience of having fought and lost is very salient. For others, it’s hardly a thought. To be critical of George W. Bush for launching an unjust war (as I am) is very different from feeling the trauma of having personally served and suffered for no apparent reason. Across history, that type of experience has often produced very ugly political results.

Certainly, voters will blame leaders who were responsible for launching and then managing these conflicts. George W. Bush left office deeply unpopular. Hillary Clinton voted (with very few fellow Democrats) for the Iraq War and then, as Secretary of State, took partial responsibility for managing the conflicts (from Libya to Pakistan) when they weren’t going well. I think the political cost of that record has been under appreciated. It didn’t help that she prospered personally and sought even higher office while others paid for decisions that she had supported. Barack Obama got a partial pass because he—like Donald Trump—was out of office when the war began. However, one of several reasons that President Obama was a polarizing figure is that some Americans blamed him for losing the wars he had inherited, some thought he disappointingly continued the Bush policies, and others thought he managed these wars skillfully.

Trump lied that he opposed the war at first, but presumably many people believed him because they never saw the counter-evidence. More importantly, Trump acknowledged the experience of having lost wars and proposed a response: from now on, we will win, because we’ll spend much more money and ignore any moral and diplomatic constraints.

Veterans and people who live in communities with heavy military presence were far more likely to vote for Trump in November. Maybe I have missed it, but I don’t recall hearing a plausible message to those communities from politicians and movements that oppose these kinds of wars. I respect a genuinely pacifist (or anti-imperialist) stance, but it has a long way to go to capture majority support, and it faces valid questions as a policy position. (Should we really not intervene militarily against ISIS?) Any viable message must acknowledge the experience of trauma without patronizing those who have served. And it must recognize the desire for the nation to succeed without being bellicose.

A new paper by CIRCLE Director Kei Kawashima-Ginsberg investigates Millennial women’s participation in the 2016 election, their views of democracy, and their own political engagement in the Trump era. It was published as part of a symposium on gender and Millennials convened by the Council on Contemporary Families and is cited today in a New York Times op-ed.

According to the paper, 50 percent of young white women voted for Clinton; 41 percent, for Trump. Young women of color preferred Clinton by wider margins. Only 25% of Millennial women identified as feminists, and less than 15% say that the possibility of electing the first woman president informed their vote choice. Young women were more likely than young men to be inspired by Clinton, but only 23 percent reported that feeling. After the election, they are more concerned about the future of democracy than their male peers are, but not more likely than Millennial men to be interested in political engagement.