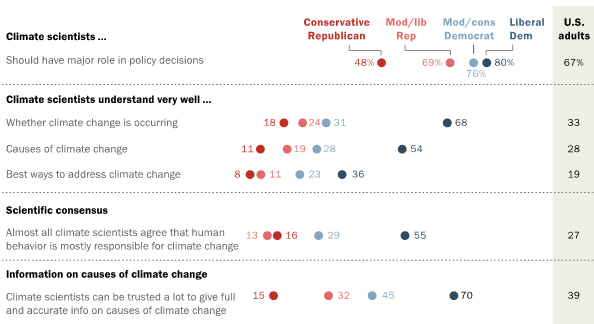 (Dayton, OH) Traditionally, politicians have spoken directly to relatively small numbers of people, and the press has reported their speeches to much larger publics. The intermediary role of the press has given it leverage that it can use for good (to enlighten and hold accountable) or for ill (to distort and influence).

For instance, at the end of the first contested US presidential election, John Adams gave a conciliatory inaugural address to a few score dignitaries assembled in a room, and the partisan opposition newspaper, the Aurora, decided to praise it. Adams, a Federalist, reached many thousands of Republican readers via a Republican publication, although the Aurora quickly turned against him.

The current election is very different. Donald Trump has five million Twitter followers, and Hillary Clinton has 4.83 million. They can reach those people directly. Meanwhile, the single most popular US newspaper, the Wall Street Journal, has 3.78 million subscribers; the most popular cable TV news show, “O’Reilly Factor,” has 2.67 million viewers. Politicians who have millions of followers exchange Tweets, and then newspapers and TV shows report what they have said to smaller numbers of people.

The change in leverage is palpable. Reporters cannot demand access and no longer have much effect when they call out errors, inconsistencies, or even lies.

Certain exceptions just reinforce the rule. For instance, the televised debates have been drawing on the order of 15 million viewers. Trump threatened to boycott the CNN debate unless CNN gave $5 million to charity–showing off his leverage. But then he realized that 15 million viewers are more than 5 million Twitter followers, and he backed down. “‘When you’re leading in the polls, I think it’s too big of a risk to not do the debate,’ [he said.] ‘I don’t think I have the kind of leverage I’d like to have in a deal and I don’t want to take the chance of hurting my campaign. So I’ll do the debate.'”

Still, if any candidate lies flagrantly to the 15 million viewers of the debate, and the next day’s cable news host reveals that lie to an audience of just 2 million, it’s still a win for the candidate.

It’s good that citizens get direct access to politicians’ speech–it’s as if we were right there in the hall with John Adams. And it’s good that presidential primary candidates feel that they must participate in debates, even if they don’t like the host network. But it’s not so great that the press no longer has enough leverage to make candidates pay a serious price for speech that violates basic norms.

Joanthan Mahler reports that “Snapchat, America’s fastest-growing smartphone app, [has] hired Peter Hamby, a political reporter for CNN, to lead its nascent news division.” Snapchat has more than 1oo million users, including many Americans between the ages of 18 and 31. Mahler quotes President Obama’s former senior strategist Dan Pfeiffer: “There is no harder riddle to solve in politics than reaching young Americans who are very interested in the future of their country but don’t engage with traditional news.” By entering the political news business, Pfeiffer thinks, “Snapchat may have just made it a whole lot easier to solve this riddle.”

Snapchat’s potential to increase young adults’ involvement with politics is one reason that the news about Peter Hamby is interesting. The other reason is an apparent contradiction. Snapchat is famous for extreme brevity. A “Snap” lasts on your phone or other device for no longer than 10 seconds. Hamby, as Mahler notes, wrote a report for Harvard’s Shorenstein Center about–as it turns out–the damage that Twitter’s brevity and speed has done to American politics. I quote from the final section of the report:

No one is complaining about the revolutionary gateway to news and information that Twitter provides. But plenty of people in politics are anxious about the way the Twitter conversation thrives on incrementalism, self-involvement and snark.

“It made me think smaller when I should have been thinking bigger,” said Sam Youngman.

“Twitter just gives you an outlet for when you’re bored,” said another reporter who traveled on the Romney plane. “It’s just stupid shit you are not thinking about the ramifications of.”

“It makes us small and it makes us pissed off and mean, because Twitter as a conversation is incredibly acerbic and cynical and we don’t need more of that in coverage of politics, we need less,” he said.

“I still don’t know how reporters sit and watch a speech, and live tweet a speech, and also have the bandwidth to listen to what candidates are saying, and actually think about it and absorb it so they can right a comprehensive story afterwards,” said Liz Sidoti of the Associated Press.

“I don’t think the Twitter culture helps anybody create great journalism,” said Garrett Haake. “If you’re trying to be the first person that put it out at 140 characters, you’re probably not thinking about the broader context in which you want to present something.”

… Dickerson’s take: “If I were running an actual news division, I would probably ban people from Twitter in some way.” That Dickerson, one of the more forward-thinking and tech-savvy reporters in the business, would even consider such an idea speaks to how frustrated many campaign veterans are with today’s shoot-first-and-update-later style of political journalism.

Hamby’s paper for the Shorenstein Center is the exact opposite of a tweet. It is leisurely, anecdotal, sprinkled with character sketches, and 95 pages long. It doesn’t start with a gripping thesis or end with a sharply defined message but gradually unfolds an argument for the value of long-form journalism through the quoted opinions of others. You could almost say it exemplifies “negative capability,” John Keats’ phrase for not letting one’s own views determine how one sees the world.

Snapchat doesn’t exactly seem built for negative capability. So it is fascinating to speculate how a gifted writer of long-form journalism who decries the trivialization of politics will use this tool to cover the 2016 election.

The Fox News website has published four op-eds of mine over the years (“Federal citizenship test: What should a good citizen really know about America?“; “ObamaCare and Millennials: Why lessons of 2014 will last a lifetime“; “What bipartisan budget agreement suggests for future of American democracy“; and “GOP’s future could depend on Romney and your kids“). I believe I also appeared on the Fox TV network once in 2012. When people see these stories on my Facebook page or posted on other people’s pages, the venue–Fox News–draws the most attention. Some assume that the author is a right-winger and attack my position without reading it. Some are perplexed–or pleased–that Fox would run these stories.

I’ve had entirely positive feelings about appearing on Fox. (I also go on conservative talk radio for similar reasons.) But this isn’t a simple matter, and I understand where the critical reactions are coming from.

I would be the first to decry the impact of Fox on our national political culture and on public opinion about specific topics (such as climate change). Some critics may overestimate the political impact of the network; to a significant extent, a media business is a manifestation, not a cause, of public opinion. It mostly serves a market; it doesn’t create one. DellaVigna and Kaplan find that the rise of Fox News affected political outcomes, but not by much: the GOP gained up to 0.7 percent of the vote as a result of its growth.

But a case can be made that Fox has expanded the market for what my colleagues Sarah Sobieraj and Jeff Berry call “outrage,” which, in turn, has debased our political culture and made it harder for us to govern ourselves as a republic. Sobieraj and Berry define outrage as “efforts to provoke emotional responses (e.g., anger, fear moral indignation) from the audience through the use of overgeneralization, sensationalism, misleading or patently inaccurate information, ad hominem attacks, and belittling ridicule of opponents.” Outrage as a genre also has other notable characteristics: a celebrity voice, a purely editorial stance (no original reporting), ideological narrowness, skill at engaging viewers, and lots of mutual references among like-minded commentators. (See Jeffrey M. Berry  and Sarah Sobieraj, The Outrage Industry: Political Opinion Media and the New Incivility.) Outrage sells, and Fox News has pioneered and expanded that market.

Fox does not pay its editorialists or guests who appear on the air. Thus I am not guilty of taking money from the network. On the other hand, I am giving them free content. If they are a malevolent force, one could ask whether that is the right thing to do.

I believe the answer is yes, for these reasons:

(National Airport) After a day with colleagues at the American Press Institute, I am reflecting on changes in my own habits of news consumption. A decade ago, I used to read almost the whole of the New York Times every day. That gave me one institutional perspective on the world–and I spent more time than I should have on ephemera. On the bright side, I daily explored a wide range of topics, from obituaries to human-interest stories, from tech to the arts. I still subscribe to the Times, but I find my attention span much shorter online; the temptation is always to click on something different. I tend to focus on a few developing stories–lately, the Israeli election, the temporary absence of Putin, and the congressional budget process–and obsessively read lots of largely repetitive news and opinion. I think sometimes I am just looking for a more positive angle on the same troubling story. I am not sure whether the total amount of time I spend/waste on daily news is more or less than it was in 2005, but I am pretty sure the total amount of daily learning is lower.