my exchange with Beth Rubin about policy for civics 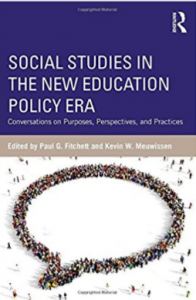 Associate Dean for Research and the Lincoln Filene Professor of Citizenship and Public Affairs at Tufts University's Tisch College of Civic Life. Concerned about civic education, civic engagement, and democratic reform in the United States and elsewhere.
View all posts by Peter →
This entry was posted in advocating civic education, Uncategorized. Bookmark the permalink.