In November’s election, youth turnout seems to have been roughly on par with recent elections. Young voters preferred Clinton to Trump by 55% to 37%, but a majority of young whites chose Trump. See the full CIRCLE post-election report based on exit poll data.

Since then, there has been much political ferment among Americans in general, and specifically among Millennials. My colleagues at CIRCLE surveyed 1,608 young adults last October and recontacted 1,002 of them for a post-election survey released on March 7. The new CIRCLE report contains many insights about the election and the Trump era.  I’ll just mention two to give a flavor.

First, young people who voted for Clinton and Trump differed on many contested social issues, which is not surprising in itself. Young Trump voters were more likely to think poor people are too dependent on government, much less likely to be concerned about racial discrimination, and more critical of political correctness (although 43% of Clinton voters shared that view). Almost three quarters of Trump voters wanted to protect traditional American values from outside influences, a rare concern for Clinton voters. But a majority of Trump voters agreed with a larger majority of Clinton voters that the top 1% have too much political power. 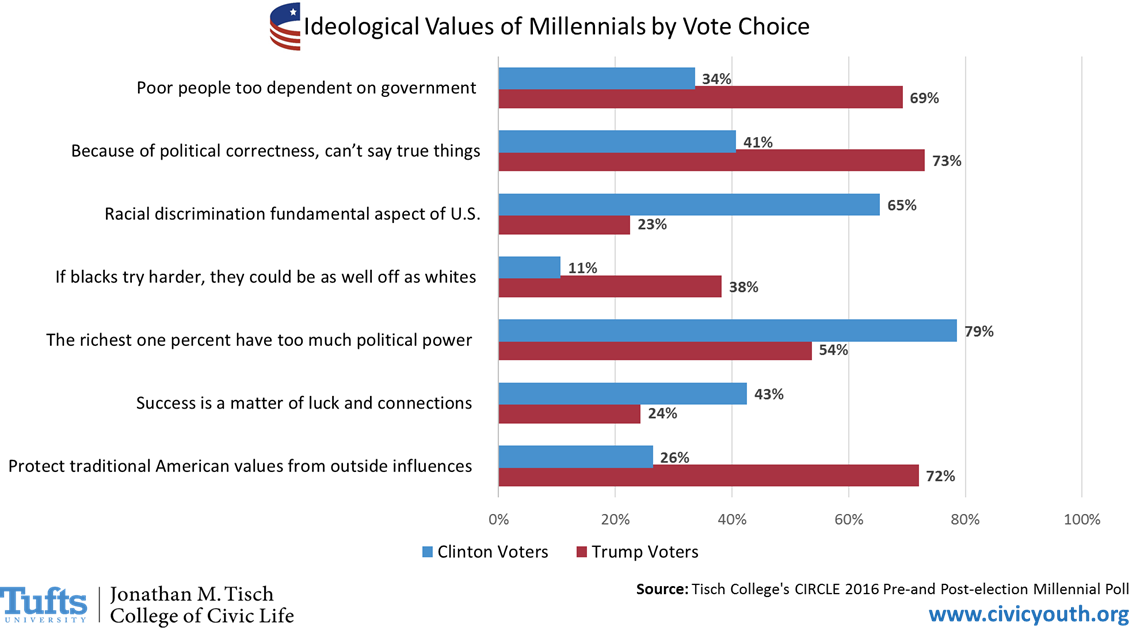 Second, even as early as January, CIRCLE found that most Millennials (whether voters or not) said they intended to protest or resist the Trump administration, and half were ready to support his impeachment. Of course, most Trump voters didn’t intend to protest or call for impeachment, but small minorities of his voters did seem to support the resistance, broadly defined.